Bafétimbi Gomis collapsing on the field of play: A Different Perspective 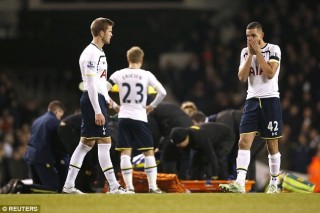 This was the news that flashed across our screens on Wednesday night as news broke that the French striker had fallen to the ground, seemingly without contact, while playing at White Hart Lane, the same stadium where Fabrice Muamba underwent his life changing, and career ending, ordeal in March 2012.

As players and fans looked on in horror as Gomis lay motionless, it quickly became apparent that he had regained consciousness, even managing a wave to fans as he was stretchered from the field of play. Thankfully his condition was quickly established as being related to a disorder which he has suffered from a number of times in the past which causes him to faint while playing, a vasovagal condition.

This brings me to the picture at the top. The initial moments following the player’s collapse. The players look on in shock, some holding their head in their hands while others look on with their hands on their hips. Most of these images were replicated on Saturday March 17th, 2012, St Patrick’s day in Ireland, when Bolton Wanderers midfielder Fabrice Muamba collapsed on the pitch in front of a packed stadium and suffered a cardiac arrest. The crowd looked on in stunned silence as medics, and a cardiac consultant who happened to be at the game, worked to save the life of the England international. Miraculously, his heart began beating again after 78 minutes and he has since gone on to make a full recovery, dedicating his time to promoting cardiac safety. 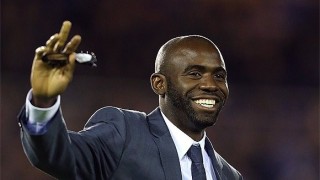 The above examples have all involved Premier League footballers, who play in the richest football league in the world. They are routinely tested for numerous conditions including cardiac complications. So now imagine when a player collapses playing for his local club, be it soccer, GAA, rugby or any other sport. Picture the initial shock of his teammates, coaches and those looking on from the sideline. Why is he lying on the ground? Who pushed him? Why is he not moving? Why is the person closest to him waving frantically to the line?

Sadly, hundreds of players and ordinary people have experienced this in Ireland. Hundreds more will do so at some stage in the future, though they do not know it yet. I experienced it myself on January 20th, 2012 when Ciarán, to which this Foundation is dedicated, collapsed while training. I froze, I was unable to move. Luckily, some of my teammates didn’t and they were by Ciarán’s side in a matter of seconds, helping him, urging him to stay with them until help arrived.

I often think about my reaction that night, why I froze, why I stood there with a similar expression to those players pictured above on Wednesday night in London. Then I think about my teammates, those who raced to Ciarán’s side. They would have been equally as shocked as I was, just as scared, but there was one major difference between us. They were trained in first aid, in CPR and in how to use a defibrillator.

On average an ambulance may take five to seven minutes to arrive on the scene, longer if you happen to live in a rural area. With every second that goes by, the chances of a person surviving a cardiac episode reduce dramatically. If you are a manager, coach, parent or player, you could be the first and only person on the scene. What if you are not trained? What if you freeze, helpless, unsure what to do besides call 999 or 112?

Those who promote the learning of first aid claim that a person will be called upon at least once in their lives to perform an act of first aid. This may be tending to someone with a minor injury, something more serious like a broken bone or something life threatening like a cardiac arrest. It’s a lottery. But if you’re a manager, coach or just a normal person walking down the street, you don’t want to be caught flat footed, stuck on the spot, unable to help a person who is relying on you to save their life.

What can you do? Get trained. Find out where the nearest defibrillator is. If there isn’t one nearby ask why? Then contact one of the many charities dotted throughout Ireland who actively want to help organisations and communities get a defibrillator. The Ciarán Carr Foundation is just one of many charities dedicated to ensuring that people receive the best treatment available if they experience cardiac difficulties.

Simply put, if your name is pulled out of the hat, you don’t want to be frozen on the spot, five minutes is a long time with a life in your hands.